So have y’all heard of mate (pronounced ‘mah-tey’)?

I’m sure most of my US readers have. I’d never heard of it before going to the US. Now, every time we visit the States, it’s one of the 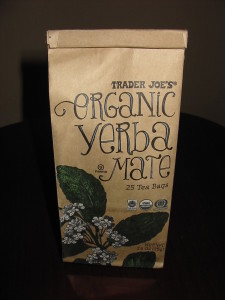 If you don’t know, yerba mate (to give it its full name) is a drink made from the naturally caffeinated leaves of the Ilex paraguariensis plant, (a member of the holly family), from South America. It has been drunk by indigenous people in South America for centuries, and is now still widely consumed in Argentina, Brazil, Uruguay and Paraguay. Traditionally it is a social drink, made in a gourd, passed around a group of family or friends, and drunk through a metal straw.

It is thought to contain as much caffeine as coffee, but without the side effects – the jitteriness, the heart racing, etc. So, if you’re like me and need a bit of a kick up the pants every morning, but don’t fancy bouncing off the walls with the effects of the caffeine in coffee, mate is ideal.

It is incredibly nutritious, more so than green tea! It contains twenty-four vitamins, including high concentrations of vitamins A, C, E, B1, B2, B3 and B5. It is also mineral rich, being a good source of calcium, magnesium, manganese, iron, selenium, zinc and phosphorous.

As if this isn’t good enough, it has fifteen amino acids, and more antioxidants than green tea.

A recent study at the University of Illinois found that the anti-inflammatory properties in mate kill cancer cells, and may be particularly helpful against colon cancer.

Elvira de Mejia, lead researcher in this study, had this to say about mate:

‘Our studies show that some of the most important antioxidant enzymes in the body are induced by this herbal tea.’

There is also evidence to suggest that drinking mate daily helps preserve bone-density in post-menopausal women.

In 1964, the Pasteur Institute and the Paris Scientific Society studied the properties of mate and concluded that it would be ‘difficult to find a plant in any area of the world equal to mate in nutritional value,’ and that mate contains ‘practically all of the vitamins necessary to sustain life.’

I sometimes describe mate as like drinking a cigarette. Maybe I’ve just put everyone off of it right there. You really just need to try it. If you’ve ever smoked you’ll know what I mean, and if you’ve never smoked and are now thinking mate sounds gross, when you try it you’ll really see it’s about the smoky flavour.

There is some information on the internet linking mate to oesophageal cancer. When I saw it I thought ‘NOOOOOO, surely not!’ On further investigation, it seems that IF mate can cause cancer then it’s due to the boiling temperature at which some people drink it. Frequent consumption of boiling hot drinks is thought to cause cancer, because the repetitive burning of the throat can eventually cause malignancy in some people, (though there are probably a lot of other lifestyle factors involved). I think most of us wait until the beverage is more drinkable though, don’t we? In some cultures, a lot of very hot mate is drunk very often, so this might be a factor in cancer risk within these cultures, but any boiling hot drink is going to raise this risk, not just mate!

I have seen a lot of backlashes against certain highly nutritious foods and drink products, specifically those that big industries do not benefit from financially. Though I have no evidence for this, it would not surprise me if mate, being as nutritious as it is, was yet another victim of corporate fear.

Mate can be drunk hot or cold, with or without milk, sweetened or unsweetened, and flavoured with whatever you like (though like tea, 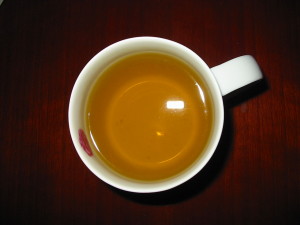 it does have plenty of flavour of its own, so do try it plain first).

You can even get ‘mate latte’! I was a little skeptical of this at first – then I tried one at a cafe that specialised in mate – it was delicious! It was hazelnut flavoured, and this just really worked with the smokiness of the mate.

You can find it everywhere in the US, I usually get it from Whole Foods or Trader Joes. In the UK and elsewhere, you can try health stores, but it is always available online.

If you haven’t already, sample the taste of the Pampas!!

3 thoughts on “Yerba Mate – Move Over Tea (Or At Least Make Room!)”