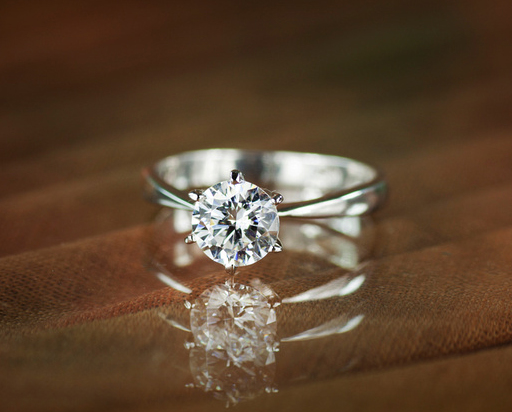 Steven from vegan jewellers MADE Diamonds is taking over my post this week.

Yes, that’s right, there’s such a thing as vegan diamonds!

Now I’ll be honest, diamonds are not THIS girl’s best friend. I didn’t bother with an engagement ring, and my partner and I just used very modest rings we’d previously bought each other, as wedding rings. But guess what, it’s not all about me.

I KNOW! I was shocked to learn that! 🙂

So for those of you who like a little sparkle and are considering tying the proverbial knot, this is for you.

Or pass this on to someone you know who fits that description!

I have to admit this post enlightened me. I knew that there were conflict-free diamonds, but had no idea how much diamond-mining affected wildlife habitats.

As vegans, we are concerned with the welfare of both farmed and wild animals alike so it’s great that there is now the option to purchase jewellery that is in alignment with our values of causing the least harm to any wildlife.

If I were ever to desire a ‘retroactive’ engagement or wedding ring, MADE Diamonds would certainly be my first stop. They are featured on Viva’s website, and that’s good enough for me!

OK, over to Steven….

We all know that finding products that align perfectly with our values can sometimes be challenging, and when it comes to certain one-off purchases like an engagement ring, the romance and excitement of the situation can cause many people to overlook some rather inconvenient truths.

It’s well known that natural diamonds are fraught with ethical concerns on many levels, yet so many people who would otherwise make a point of only shopping from sustainable and cruelty-free sources inevitably end up wearing a natural diamond engagement ring. It could be said that this is attributable to the fact that an engagement ring is a gift and so it was not the wearer’s choice, but let’s be completely honest here, if the person asking for your hand in marriage isn’t aware of your deeply held values then something is clearly wrong.

First up there is the more commonly understood concept of conflict diamonds and blood diamonds. Whilst most natural diamonds today are marketed as “conflict-free” there is a limit to the certainty of these claims which always completely ignore the historical aspects of the situation. It was often the blood spilt over many preceding decades which has ultimately led to the ownership of land on which today’s “conflict-free” stones are mined.

Besides the human suffering though is the so often overlooked devastation to some of the planet’s oldest and most precious habitats, and of course their animal inhabitants. Thousands of tonnes of earth have to be moved to find even a tiny amount of rough diamonds from the earth and zero consideration is given to the obliteration of ancient ecosystems which are irreparably damaged. The process leaves many animals without a home, and that is if the animals manage to survive the indiscriminate clearing of land required for diamond mining. When this is considered it is abundantly clear that the natural diamond market should not be supported by people who otherwise care for animals, but because the harm caused is less direct than that of other directly animal based products, the cruelty can often be unrecognised. In fact it is specifically because diamonds are not viewed directly as an animal product that most people, including most vegans, overlook the abhorrent animal cruelty caused by diamond mining and willingly opt for natural stones.

Even when aware of the issues though, many people often still end up opting for a natural diamond because they are unaware of a viable alternative. These days however the wonders of modern technology have created many far better options, so there really is no excuse to endorse such a terrible industry in order to obtain that beautiful shiny rock on your finger.

MADE Diamonds are a UK based company with experience in the jewellery trade spanning over many decades. We create engagement rings which combine traditional jewellery production methods with a more technologically advanced natural diamond alternative that offers a host of benefits over natural stones. First and foremost MADE Diamonds stones are cruelty and conflict-free making them a far more suitable choice for people following a vegan lifestyle. Being owned and operated by two generations of a family, all of whom are vegans, MADE Diamonds have attracted support from numerous vegan organisations like Viva and celebrity vegans including Leona Lewis.

Here’s the science bit… MADE Diamonds stones are created in a laboratory rather than in the ground, through a process of building real man-made diamond onto a purpose built core. Ethical diamond alternatives currently available range in their nature, price and overall value. Whilst the technology exists to create pure man-made diamonds, the technology is not yet there to create high quality stones of any decent size, nor any reasonable price. Many such technologies involve growing a diamond using a natural diamond, which clearly somewhat misses the point! The technology used by MADE Diamonds where real man-made diamond is built into a non-diamond core, creates an outer layer of diamond with all the visual characteristics of a natural stone. 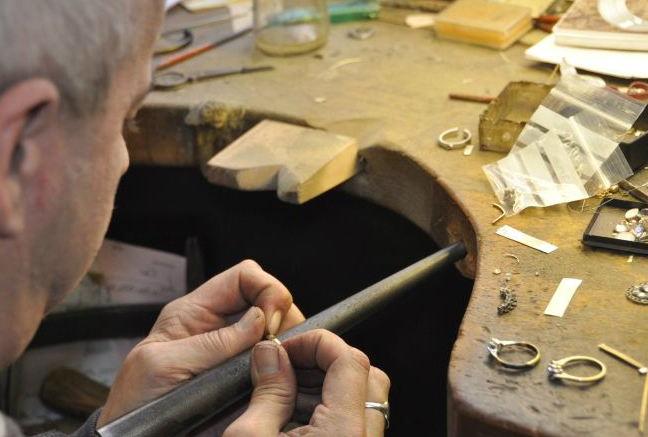 This technology also allows the quality of the stone (in terms of the four C’s of colour, clarity, cut and carat) to be far more easily regulated in order to create top quality stones every time, and at a price point that represents real value.

MADE Diamonds have become the go-to place for ethically-minded individuals looking for an engagement ring which is in-keeping with their values. If you’re thinking of popping the question this year, or if you’re hoping a certain someone in your life might soon get down on one knee, make sure it’s with a ring that represents your lifestyle and values as a vegan. After all, an engagement ring is such a meaningful treasure intended to be worn for the rest of your life, so it really should be something you can feel truly proud of.

One thought on “Is Your Sparkly Stuff Vegan?”