This recipe is so easy, I feel slightly ridiculous posting it. The only reason I am is because up until a couple of years ago, I didn’t know you could put cinnamon on grapefruit, and that it was delicious. I can’t remember how I found out about it, but I’m pretty sure it was from a blog. So, I’m hoping this reaches anyone who has still yet to discover this tantalising snack. Of course, it could always be a dessert, or part of a breakfast too.

-1 fresh pink grapefruit (don’t worry if you only have white, that works too), cut in half horizontally 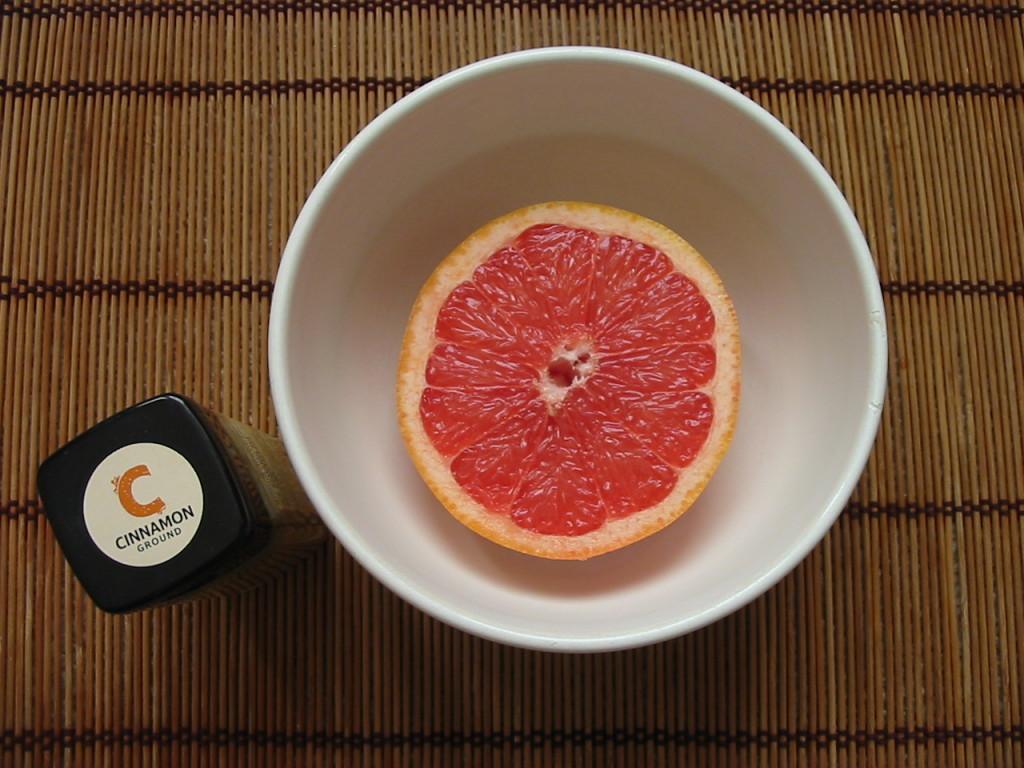 Use small serrated knife to separate sections, and cut them away from their skins. Then cut round between the segments and the outer peel of the grapefruit. 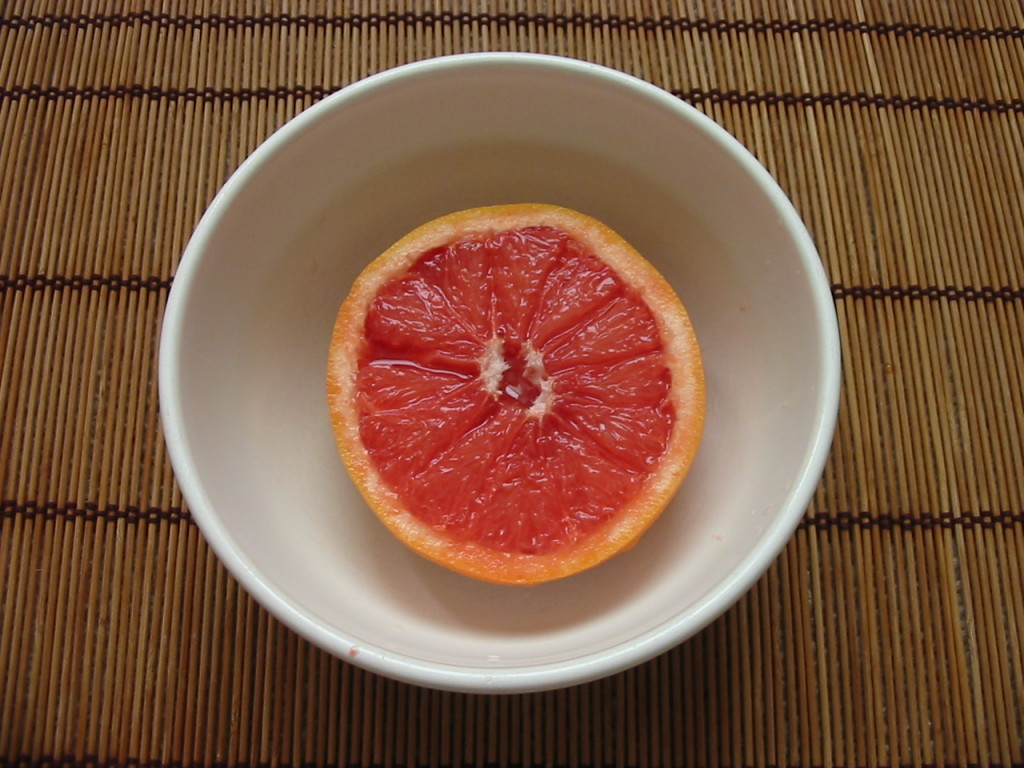 Sprinkle cinnamon all over to taste. 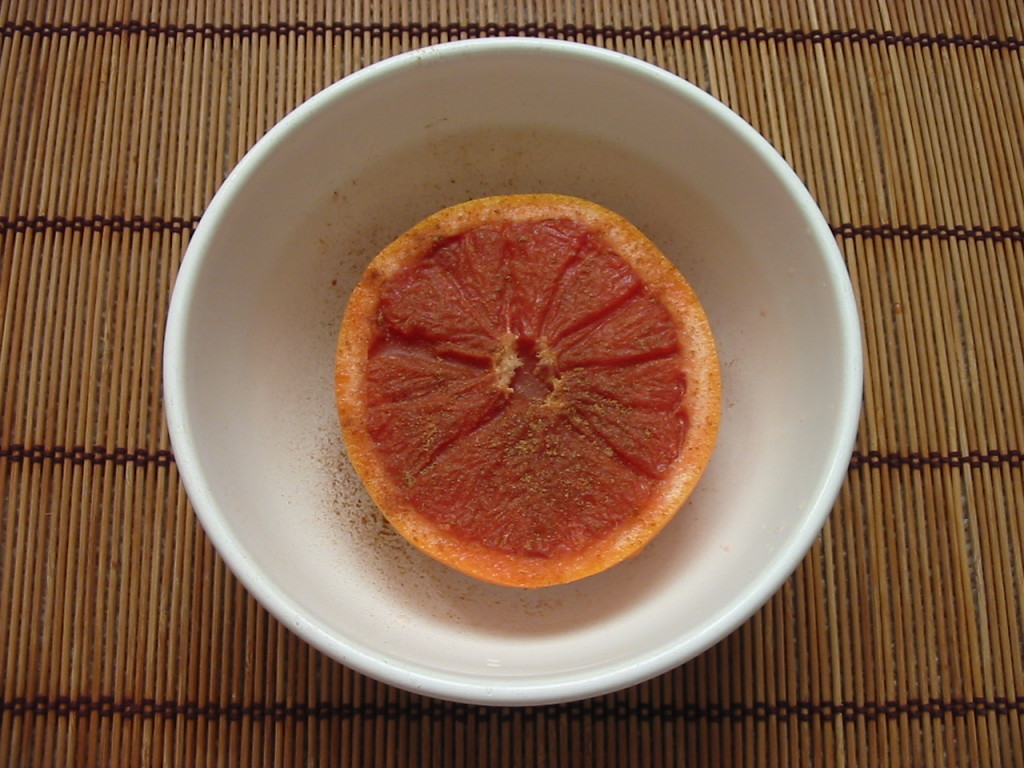 Grab teaspoon and dig in!

Note: You can also make baked cinnamon grapefruit. Simply preheat oven to 350 degrees, and once you’ve ‘cinnamoned’ your grapefruit half, place it cut side up on a baking sheet, and bake for 10-15 minutes. I have tried this once, and it was delicious, but it’s so yummy as it is, I can never be bothered turning the oven on.

If you need a bit more sweetness, or just fancy a more decadent treat, pour on a touch of agave nectar or brown rice syrup before sprinkling on the cinnamon.