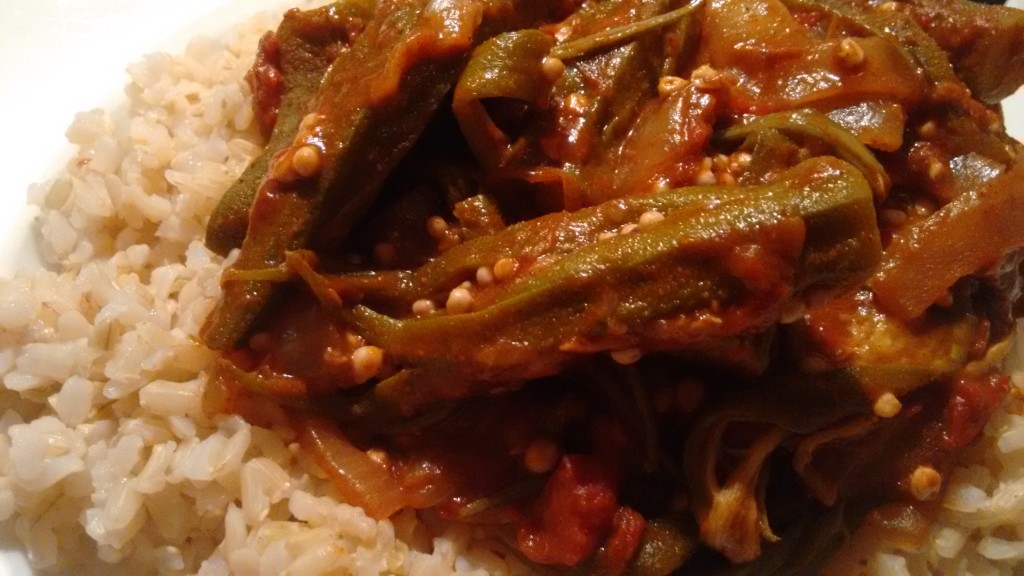 Go to any Middle Eastern restaurant, and aside from having a decent choice of delicious vegan hot or cold starters (lots of these vegan by default); the main course that more often than not pops up is ‘Vegetarian Bamia.’ Now this should always be vegan, I’ve never known it to contain dairy, but do check if in doubt.

The NON-veggie version is lamb with okra, but who needs to eat an animal when it’s the spices and the okra texture that are the main attraction here anyway?

‘Bamia’ is the Arabic word for okra, but it’s also the word for the traditional spicy tomato-based stew that contains it.

It’s delicious, super easy to replicate; healthy; and as the spice flavour is quite subtle I’d say it’s pretty kid-friendly too.

This is a bamia recipe from an ancient cookbook called ‘Cooking Class Middle Eastern‘ and looks like it was part of a set from an Australian ‘women’s’ magazine. Lord knows how I came to have it. The recipes are pretty sound though and even though it’s not a vegan cookbook, many of the recipes are.

The recipe in the book is actually called ‘Okra With Baby Onions And Tomato.’ Maybe they didn’t think people could handle the word ‘bamia’?

Feel free to adjust amounts as you see fit or according to how many people you are serving.

I’ve put the amount as per the recipe for the spices and garlic but you could add extra cloves of garlic and 1/2 to a whole teaspoon more of each spice if you want more taste – I ALWAYS add more!

If you cut them too far down you’ll end up with mushy okra, as the liquid will seep into the pod and mush it right the heck up!

You’ll accidentally cut too much off a few tops, but as long as the majority are ok, that’s fine. 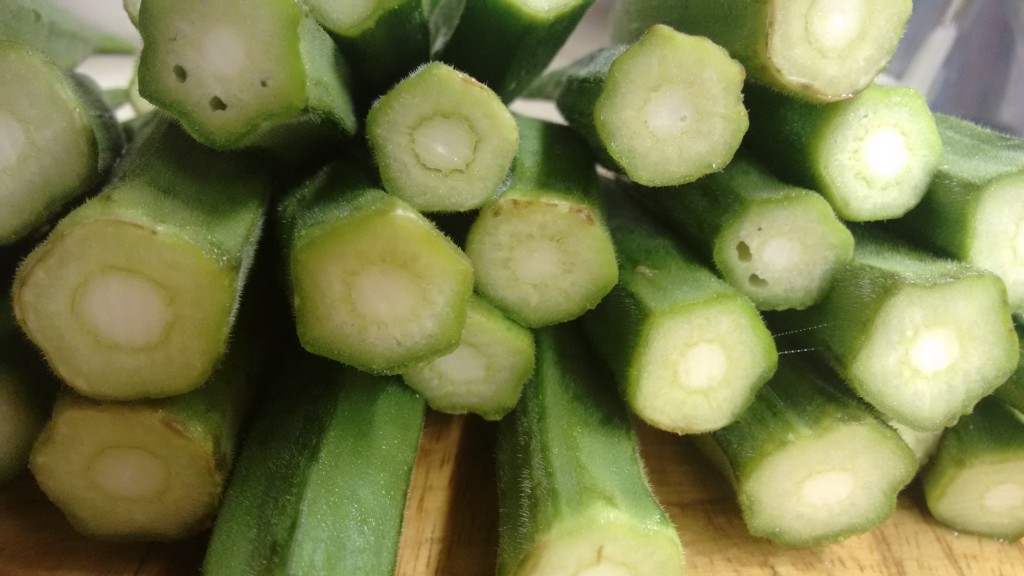 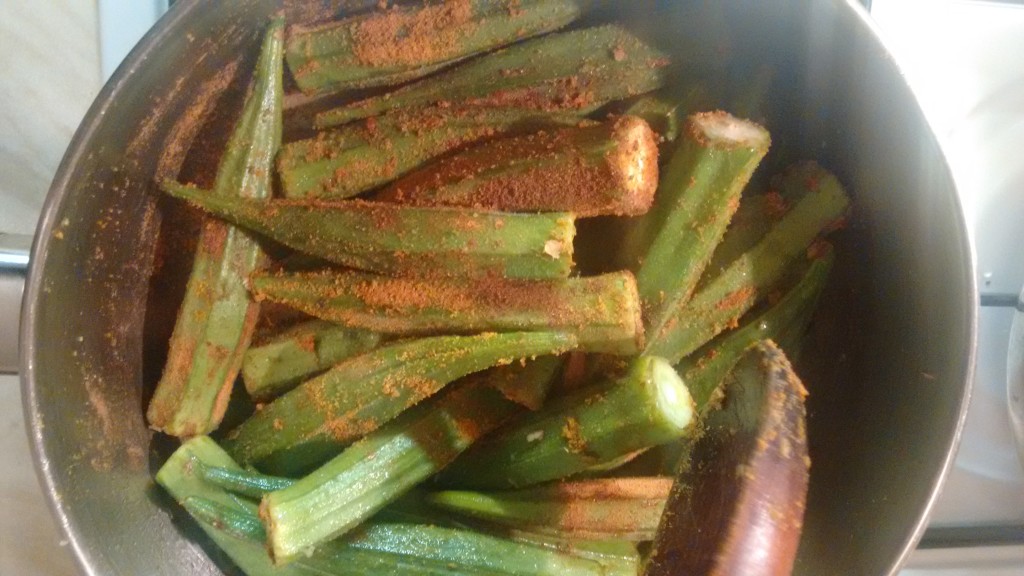 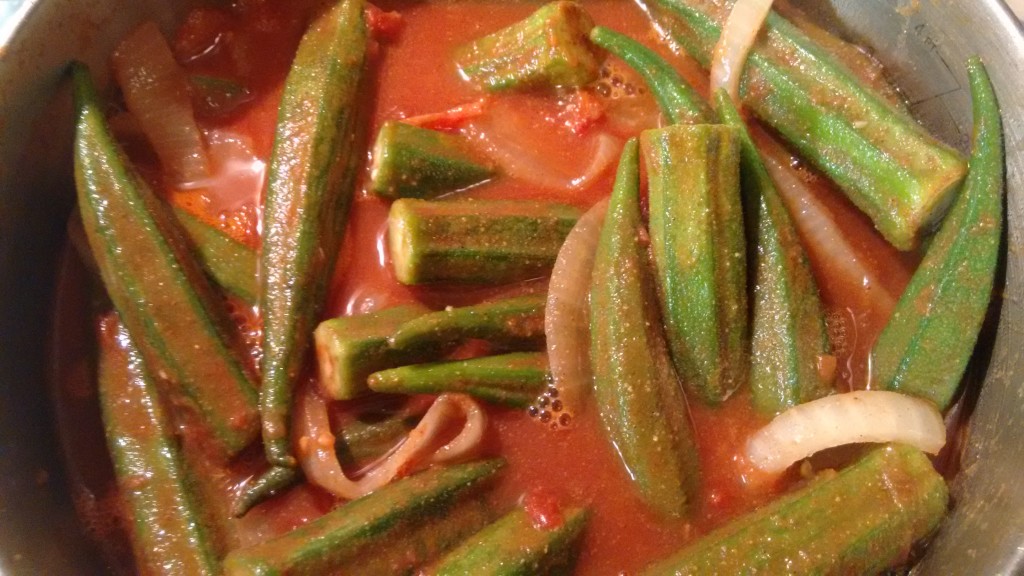 Servings: If made as per the recipe and as a main dish – 4