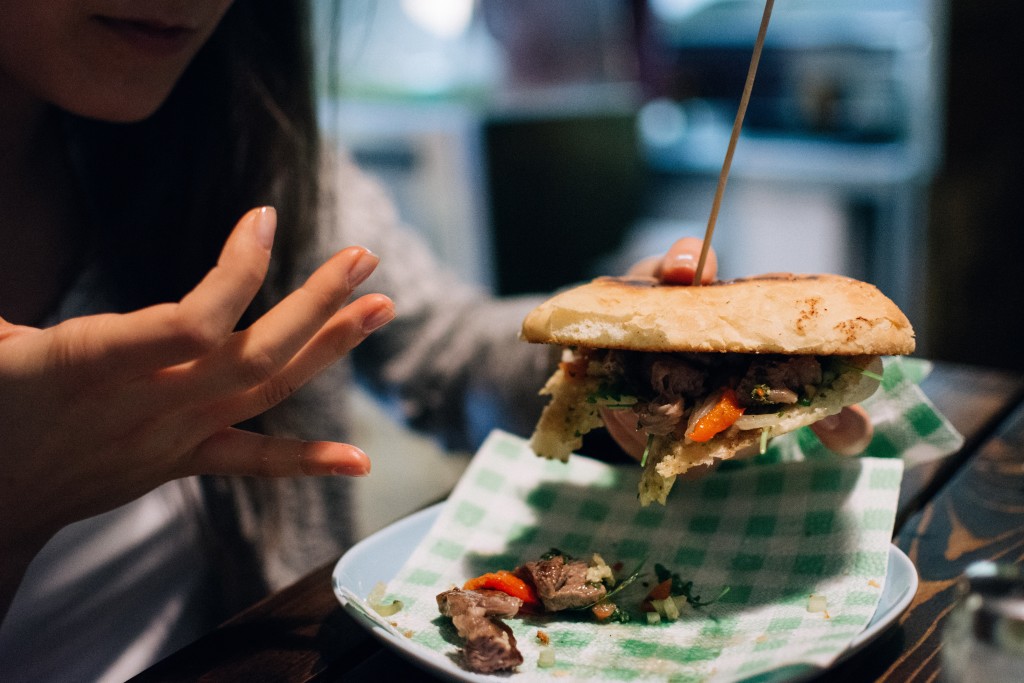 When people say ‘I respect your choice to be vegan, you should respect my choice to eat meat’; should we?

We do not have to do this.

And there are two big fat reasons why:

1. Eating meat has several highly negative ramifications that impact others, NOT just the one eating meat.

Would you purposely take an action if you KNEW it would harm others?

If choosing to eat meat was as unimpactful on others as choosing to wear a blue T-shirt on a Tuesday, then fine.

However, meat-eating not only affects the animal that has lived and died horribly; but the farming of animals is the prime factor in ALL forms of environmental degradation, and diverts to animals grain that could otherwise feed the world’s hungry.

Thus, someone eating meat is negatively affecting MY/OUR environment (and, let’s not forget, the environment of their own families!). How can this be respected? How can we respect an act that serves ONLY the self and doesn’t pause to think about the inevitable consequences to other beings? Especially when there is no NEED to eat animal products when:

A) We live longer and healthier without them

B) A plant-based diet can be as delicious, tasty and varied (oftentimes more so) than a standard diet

2. Unless you were veggie from birth and then decided to eat meat later, NOBODY has really, with their own agency, CHOSEN to eat meat.

Eating meat is the mainstream diet, so meat-eaters have made ZERO choices. Society chose FOR them. They’ve basically just carried on eating what their parents/guardians fed them from infancy and never questioned it!

Unless someone is obviously not in a position to have been informed, or to understand the consequences of eating meat i.e. if they clearly have learning difficulties etc, then I unashamedly DO NOT respect the consumption of animal products.

How do we communicate this if someone asks us to respect their choice?

All we can do is point out the reasons I’ve discussed above as to why this is impossible.

We can also do this as compassionately as possible, remembering that there was a time when WE ate animals and hadn’t taken these issues on board.

If the person you’re talking with is not ready to hear what you’re saying and comes out with defensive ignorant crap – just walk away (though ideally you’ll know enough about this person initially to assess whether it’s worth speaking out).

I might be being a little optimistic, but when I think about it, I haven’t had anyone ask me to ‘respect their choice to eat meat’ for a long while. Perhaps this is a signifier that society IS waking up to all the facts concerning all the negative impacts of meat-eating, and even if we are not, collectively, ready to change, maybe perceptions have nevertheless shifted and we are now aware that meat-eating is not respectable? I hope this is the case.

3 thoughts on “Should We Respect The Choice To Eat Meat?”